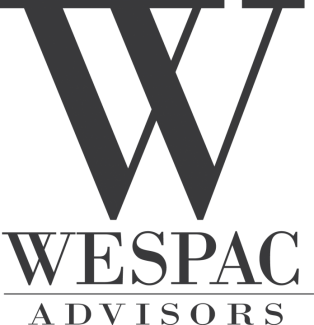 With the end of 2019 quickly approaching, we thought we would take this opportunity to look back at the past year and the various economic and financial market developments that have transpired. What a difference a year makes! A year ago, shares were selling off in what would eventually be the worst December for the stock market since The Great Depression. At the time, investors were concerned that about slowing growth, an apparent peak in corporate profits, and a Fed that seemed intent on continuing to raise interest rates into 2019. The 4th quarter 19.8% sell-off fell just slightly short of the textbook definition of a 20% bear market decline. Nonetheless, central bankers took notice and made perhaps the biggest policy flip-flop in this history of the Federal Reserve. In mid-December a year ago, Chairman Powell was signaling the Fed’s intention to continue its rate rise regime, announcing a potential 2-3 rate increases over the course of 2019. The sharp swoon in stocks intensified after the December 18-19 FOMC meeting and within a few weeks, it was clear based on pronouncements from various Fed officials that they were reconsidering what had seemed to be official policy a mere few weeks earlier.

Whatever the actual statements Federal Reserve officials made, what investors heard was “don’t worry, we have your back,” and they proceeded push all the headline averages in the US up by double-digit percentages in the 1st quarter, a dramatic reversal from the previous quarter. As the year went on, another element began to factor into the rally in stocks, and that was the prospect of the US entering into some sort of comprehensive trade deal with China. President Trump has consistently teased on Twitter and in the press the possibility that a deal is right around the corner, leading to much speculation about the timing and scope of an actual deal. Worries about an ongoing trade war have begun to have effects in the real economy, leading to depressed corporate confidence and business investment. Some have even wondered if Trump has used the trade war to play cat and mouse with the markets and Fed, playing up the odds of a deal when he’s flagging in the polls or downplaying the deal potential when he wants the Fed to remain loose on monetary policy.

Indeed, the Fed has lowered interest rates three times since the end of July, and most analysts believe they will do so at least once more in 2020. Furthermore, it also ended the Quantitative Tightening that had been in process by the drawing down of the balance sheet that had ballooned during the three rounds of Quantitative Easing after the financial crisis. Finally, recent dislocation in Treasury repurchase agreement market has forced the Fed to pump additional billions into the market to keep overnight lending rates down. This has led to concern that the Fed is losing control over the cost of money. Whatever the case, it seems like the financial markets are more dependent than ever central bank intervention, and that it’s perhaps the main reason why the S&P 500 has risen by 27.5% so far this year.

What else could explain the 25 new record highs in the S&P 500 this year? We assume that it’s not the fact that corporate earnings in the US have declined for 3 straight quarters. Or that the ISM Manufacturing Purchasing Managers Index has fallen into contraction territory for four consecutive months now, with the recent November reading coming in below market expectations. Then there was the fact that the yield curve inverted for the entirety of the second quarter, and yield curve inversions have preceded each of the post-World War II recessions. Finally, the fact that the OECD countries’ leading economic indicators have been in negative territory for 20 months does not explain the best year for stocks since 2013.

Despite the seemingly poor fundamentals, the old adage about the “best house on a bad block” does apply to the US when looking at the developed economies around the globe. The US consumer, which accounts for about 70% of US GDP, has remained resilient for the most part, even as the manufacturing sector has slowed. The labor market remains robust, as evidenced by the stronger than expected November jobs report, and wages have been rising modestly. It is true that recession fears have waned somewhat over the past few months. This past summer, the New York Fed recession probability index, which measures the likelihood of a recession over the ensuing 12 months, nearly punched through the 40% level, a level that historically generally meant the economy was headed for recession. Well, over the past several months, this index has dropped back down below 25% as of December 5.

Looking back at this record long economic US expansion, the soft patch we’ve been experiencing this year could be similar to other soft periods during this expansion, like 2011-2012 and 2015-2016. Both times the economy managed to muddle through and avoid a decline in growth. Perhaps this can happen again and a number of pundits are reassessing their prior recession predictions or at the last pushing them farther out into the future, say in 2021. Supportive seasonality should benefit the equity market as over the last eighty years December has been positive 76% of the time and has seen an average return of 1.6%. Moving into next year, election years tend to provide support for the market as well. In the 12 months leading up to the presidential election, the S&P 500 has been positive 86% of the time and posted an average annual return of 9.0%. These trends could help the equity market continue to reach new heights.

At the same time, it’s hard not to be cautious given how long the expansion and bull market have gone on. While analysts are predicting that corporate earnings will resurge in 2020, we are in the midst of an earnings recession, as earnings in the US peaked in the 3rd quarter of 2018. Valuations are also high, with various valuation measures rivaling the highest levels ever observed in US stock markets and preceding painful bear markets. Since we cannot control market sentiment or when the trade deal might be successfully negotiated, the only thing we can do is to follow our indicators in a disciplined way and act accordingly in client accounts.